Skip to content
June 28, 2012 Ruth Nasrullah Writing Comments Off on Right man in the wrong place 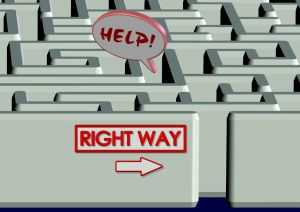 The last few days have gotten away from me a little bit, but I wanted to make sure I note what happened last Saturday, when I was supposed to be meeting a source at the gay pride festival.  He is one of the street preachers I am interested in interviewing, and he demonstrates, so to speak, at events like gay pride.  I was all set and excited to attend, but as the morning went on I started to wonder if it was a good idea.  I tried to picture it: here I am at the gay pride festival, a woman wearing a head scarf, which most people recognize as a sign that I’m Muslim, much as they would recognize a priest’s collar.  Then, not only would I stand out, I would specifically approach the guy with signs condemning homosexuality and talk with him.  I would know why I was there and what I was doing, but outward appearances would make it seem like something hateful or nefarious.

Going to the festival might have been a good idea from a reporting perspective, but it would have been unnecessarily provocative, if based only on appearances.  So I didn’t go.  I was very disappointed because I was excited to meet and interview him for the first time.  But it also brought home to me that since I started wearing hijab and leading a different (read: more religious) life than I used to, there are some things that simply won’t happen because they’ll go beyond my comfort level and will encourage people to define me according to their perception of a hijabi woman.  My lifestyle is a choice I’ve made, and step by step as my writing career advances I will realize the impact of that choice, especially in terms of whom I approach and how.

It wasn’t that I couldn’t go to the gay pride festival.  The issue was how much my presence as a hijabi speaking to a despised street preacher would influence my reporting.  And that speaks to the question generally of how journalists research stories.  Where is that line drawn, both generally and for me as someone who wants to write about religion and religious people?