Skip to content
February 12, 2013 Ruth Nasrullah About me 2 comments 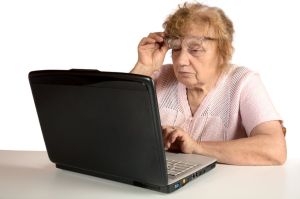 I was delighted to read this post from the “Write With Warnimont” blog.  In the post he addresses the question of whether artists – let’s call them creative people – are born or made.  I visit this question often, both in the context of general worrying over whether I can succeed on a creative or commercial level, and in the context of the potential success of someone starting a writing career at 51.  (52 is closing in fast; my birthday is in April.)

I have tried hard to find artistic successes who didn’t start young, but among writers, actors and musicians I haven’t yet found anyone whose career or education in their chosen field didn’t start at a young age.  I thought John Cheever was one but then I got the dates on his bibliography right and realized he was in his 20s when he began publishing.  Warnimont mentions three latecomers to success: Winston Churchill, Morgan Freeman and James Carville.  Clearly Churchill and Carville had, or have had, impressive careers.  But of the three, Freeman is the artist.  I did a quick online search and discovered that depending on whether you go by his very first acting endeavors or his first recognized movie roles, he was in his 30s when he got serious about acting.  His 30s.  I am 51.  Who started as late as I?  Tell me who?

The issue begs two questions: what is success and does age matter?  I often tell my husband laughingly that I will know I’m successful when I win the Pulitzer prize.  That’s lighthearted, but many of my writing heroes have done so.

In a perfect world I would write long-form narrative nonfiction in national magazines and/or newspapers – and I would do it tomorrow, because time is short.  How do I get there when I’m a decade or so from retirement age?