Skip to content
February 17, 2013 Ruth Nasrullah Writing Comments Off on By George I think… 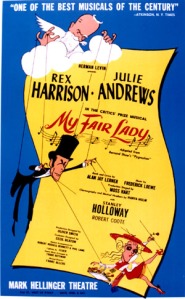 …I’m getting it.  Over the last 36 hours or so I’ve had a sea change in my understanding of narrative writing and simultaneously in my attitude towards the special-interest magazine writing I’ve been doing.  This semester I was nervous about having time to work and also study – although of course I was also getting nervous about paying my bills, so when I got this new assignment I had mixed feelings.  (Well, to keep it real, I never really saw myself turning down work.  I continuously apply for part-time jobs and consistently get rejected.  Writing magazine and newspaper articles is the only area in which I’ve had success.  But I was nervous about having time for work and school.)

I made a comment on my last post about having a mental/creative breakthrough about making the missionary’s story compelling and genuine. I just knew it wasn’t interesting the way it was written.  I suspected that the chronological structure was the problem but didn’t know how to really figure out a better way.  In the original draft I started the piece at the beginning of the story’s chronological timeline, the moment when he realized he wanted to go on a mission (using a sentence I despised for its corniness):

Finally it came to me that the real story doesn’t start then.  After listening to my most recent taped interviews with missionaries I realized their story starts on the first day of their mission.  They talked about being nervous and unsure what to do.  Most of the young men I’ve spoken to are from small towns in Utah, Idaho, Colorado, and once they were on the ground serving as missionaries it became real.  So I decided to make that the top:

Evening had fallen in Houston’s Chinatown when Caden Jensen bicycled down unfamiliar streets hoping to start conversations with strangers.

Well, that’s the current version of the opening sentence, which will get better, but you get the idea.  Even though he hadn’t been especially motivated about going on a mission, he kind of knew he would. Everything that led up to the mission – working and saving money, praying for the holy ghost to guide him, buying the white shirts and dark pants, even leaving home and going to the MTC, – was all in the context of the life he had known till the day he left.  He flew from Utah to Houston and the very next day was on the streets with his companion in an environment he’d never imagined and trying to talk to people who didn’t even speak English.  That’s the start of the story.

So I got very excited after having this creative epiphany (ha) and started the slow process of picking the current draft apart and putting it back together as a real, true story.

And then I had a paradigm shift about my writing career.  I have been making a strict mental separation between “literary journalism” and “traditional journalism.” I have been imagining that at some point in the near future I will become such a great narrative journalist that suddenly I will be a regular contributor to the New Yorker or the NY Times Sunday magazine and when that happens I will no longer write for Toastmaster or Islamic Horizons or etc.

But that’s crap, isn’t it?  Everything I write is worthy of whatever talent or skills I have and am learning.  Magazine writing, essay writing for literary publications, blogging for the Houston Chronicle – it’s all worthwhile.  It’s all writing, just different kinds, and it all has a purpose.

That should be obvious, right?  But as with many things I’m learning since starting at Goucher, I’m like a kindergartener.  Today I came home with an A.

I’m stoked! #hippocamp21 #runningwiththebest
#eidmubarak #eidulfitr
It’s official! Hippocamp is happening this year...and provided coronavirus cooperates, yours truly will be presenting. 😄🎉
Feels good to shop with conscience. #madeinusa
No matter what else happens this year, I am a Toastmasters triple crown winner. #majoraward #toastmasters #triplecrown
I’ve been waiting for this all year... #ramadan2021 #ramadanmubarak #ramadan