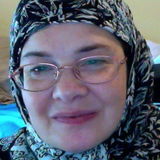 May 6, 2016 Ruth Nasrullah Living purposefully Comments Off on Somebody that I used to know

I’m writing an author Q&A with Arsalan Iftikhar (The Muslim Guy) on the occasion of the release of his new book, Scapegoats: How Islamophobia Helps Our Enemies and Threatens Our Freedoms.  He writes about becoming the Muslim Guy shortly after September 11, 2001.

“…suddenly after 9/11, I immediately became “the Muslim Guy” – one of the go-to pundits that the American media turned to in its fumbling effort to understand the more than one-and-a-half…believers in Islam.”

Of course my resume isn’t comparable to Iftikhar’s, given his esteemed background, education and professional life, but the idea of becoming a “go-to” resource recalled the time when I served in a similar capacity on a local level. When I started doing interfaith work locally I was often invited to serve on panel discussions and at community events.  After a few years, in 2008, I opened Light of Islam, a nonprofit bookstore and educational center, which closed its doors in 2011 but during its brief life I was looked to as someone who could similarly “explain” Islam and Muslims.  After the bookstore closed I went into a kind of social “hiding,” mostly because of my sense of failure, and I have continued to mostly lay low except while working with CAIR, which became the media go-to while I was there.

Since I’ve left CAIR I’ve struggled with that continued feeling of being the person who hides in her office, mute, unproductive, unworthy, procrastinating.  I have been suffering with this feeling for years now and I have to get back to doing what I did for so many years: share a message.

This South African website pulled this photo off my Instagram from a couple years ago.I’ve seen this done before and I always wonder if I deserve more than a shout-out. #yourewelcomeiguess
I hope you CNF fans will join me at #hippocamp21 this year!
So proud and pleased to be on this super session panel at #spj21 !
#ThrowbackThursday
The last few elections I worked as a volunteer poll monitor - not a poll watcher; it’s s nonpartisan activity where you just visit polling locations and document any difficulties such as long lines or difficult to find ADA spots. I came across this sign and wondered if this will soon be illegal.
I’m stoked! #hippocamp21 #runningwiththebest